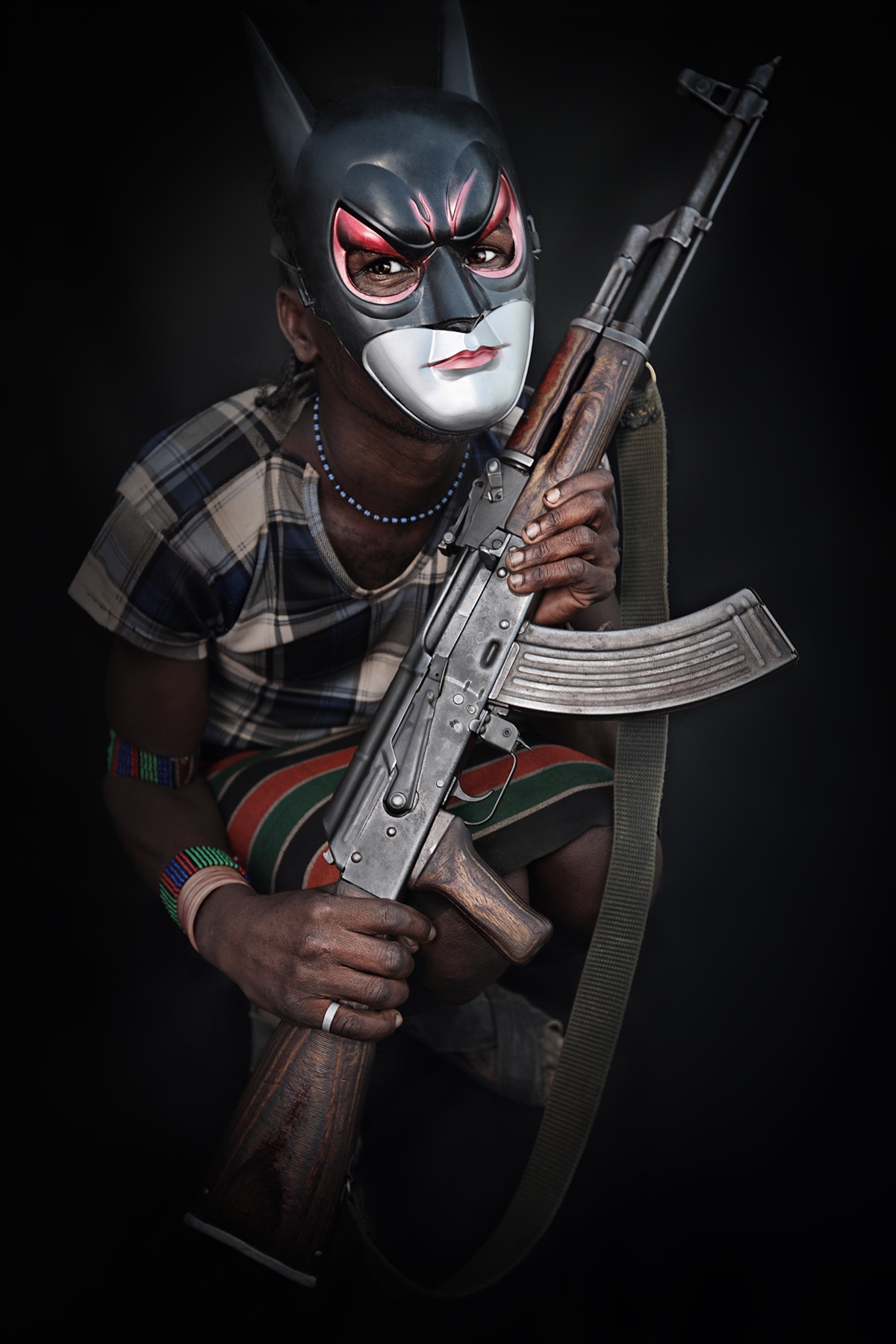 
Olga Michi’s project “The Vulnerable” is a story of cultural uniqueness of small (and disappearing) ethnic groups of our world. But even at first glance at the visual material one can see that this is far from a purely ethnographical project. Neither the choice of backgrounds used in portraits, nor the bright and saturated colors and hues of the prints, nor the selection of poses the subjects take for their portraits – nothing in these photos matches the strict scientific goals of an ethnographic photo shoot. It is difficult to think about these images stored away in an archival file – or placed into equally-sized cells of a statistics table. Something – at first untraceable but immediately felt – forces one to perceive these portraits with an irrational subjectivity that is clearly not characteristic of documentary procedure. This feeling alone is sufficient to start thinking about the actual reasons for this series of portraits taken by O. Michi – the portraits that are photographically accurate in their nature but at the same time clearly allowing the viewer to see deeper, to dive below the superficial details.

The Vulnerable” is first and foremost a project of modern photographic art. Yes, at first glance this project is based on visual images of persons representing ancient indigenous cultures and handcrafted artifacts made using techniques that are almost forgotten now. At the same time it is precisely in the context of these undoubtedly archaic objects that it becomes possible to focus the viewer’s attention on the main aspect of modern history – the issue of global cultural symbiosis. The characters photographed by O. Michi are decidedly not your classic ethnographic archetypes that were sought after by the scientists and the photographers back in the XIX century. First and foremost, they are people who found themselves at the crossroads of several mutually exclusive realms. And here we are talking not just about their ethnic or national identity, age or social status. They are in any case the residents of the modern world – no matter how strong their desire to stay in their own world and to completely shut out that modernity from their life. To a greater or lesser extent, any person – a representative of one of the indigenous peoples of Asia or Africa, or hailing from the West European conglomerate – is always squeezed between the Scylla and Charybdis being the past and the future respectively. It is unlikely that anyone would challenge a statement that any person becomes vulnerable to a certain extent if he or she is forced to make a choice. This vulnerability exists not just in a literal sense, arising from direct physical threat posed by modern technologies – but first and foremost it means vulnerability to the threat of cultural unification and social stereotyping. It is quite surprising that many people (if not the overwhelming majority) prefer a look into the past over movement into the future – even thought the traditions of the past were archaic and its technological efficiency – very low. For those people (and we do not mean here solely the representatives of ethnic minorities) the past is a source of confidence in the face of inevitable change that relentlessly corrodes the material and cultural values of the modern society.

Portraits from “The Vulnerable” project are also important because they let the viewer see – and also rethink – his/her system of values. Heroes of O. Michi’s photographs do not use – or do not openly display – any high-tech accessories that are an inseparable attribute of everyday life today and that seemingly form our view of the present day. Here we will not see any sought-after gadgets, fashionable designs or incredibly expensive jewelry. All that, it seems, has no value for “the vulnerable”. For them it is more important, it seems, to demonstrate not their personal uniqueness – but their strong relation to their relatives and ancestors. The only type of implement that is impervious to such cultural quarantine is modern weapons. This is virtually the only attribute that seems to be de rigueurfor any tribesman. In that regard one question cannot be silenced: does this make the actual people in O. Michi’s photographs less vulnerable? Or are their own lives as well as their unique culture now even at more and greater risk? And finally – who could become a victim in this clash of civilizations – a person who does not understand the full degree of responsibility for the newly acquired power – or another person, who is prepared to generously share that power?


Opening of the exhibition "Vulnerable. The African Diary" at The State Museum of Oriental Art 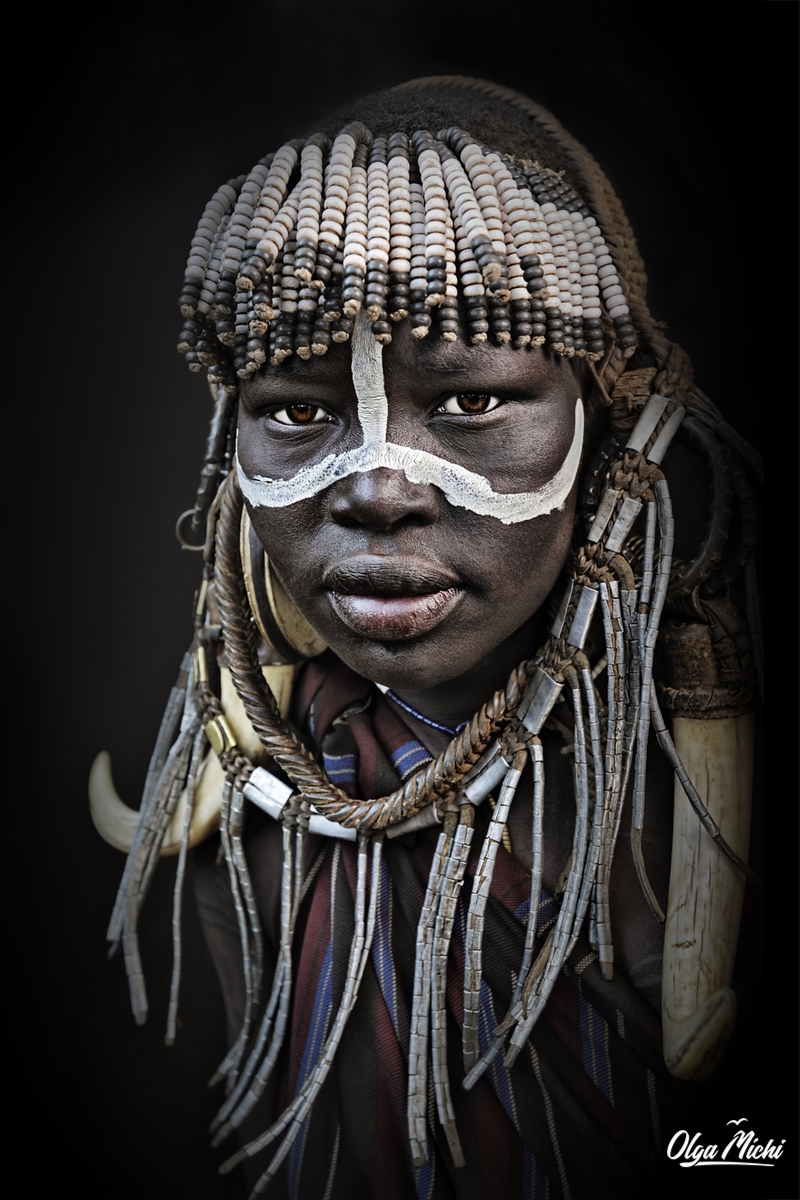 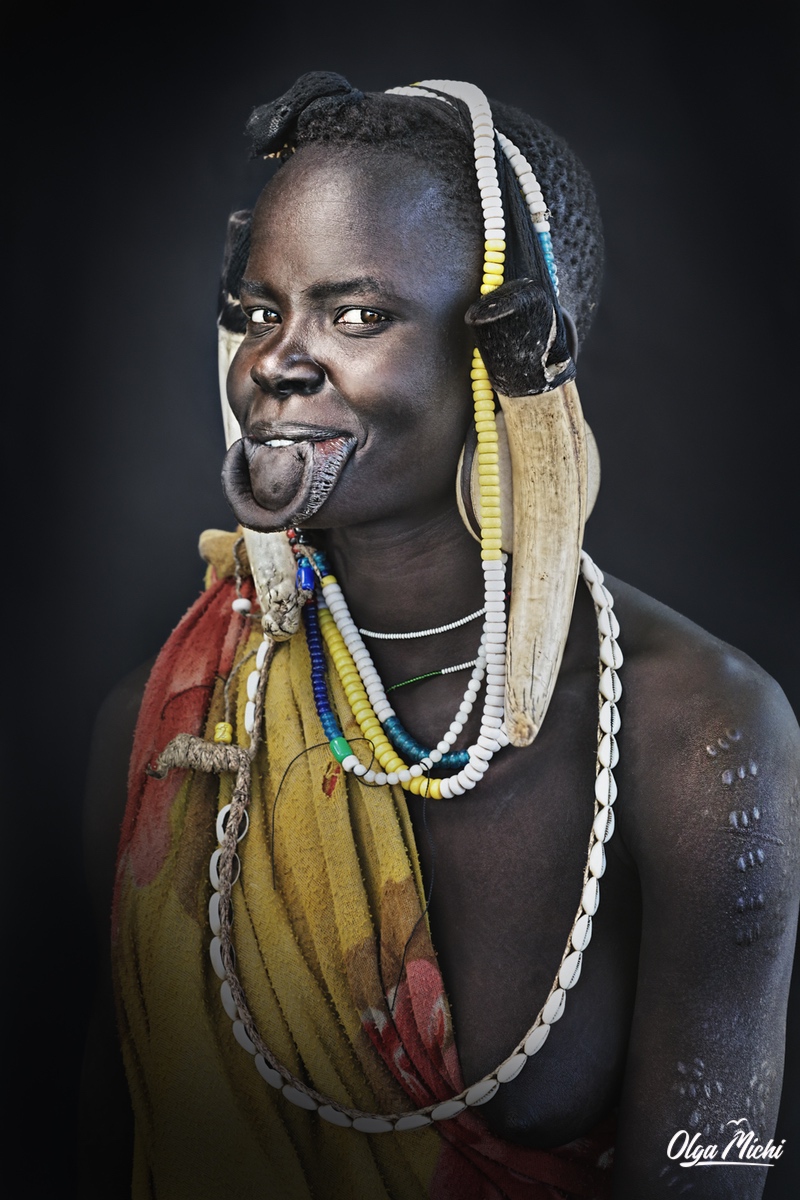 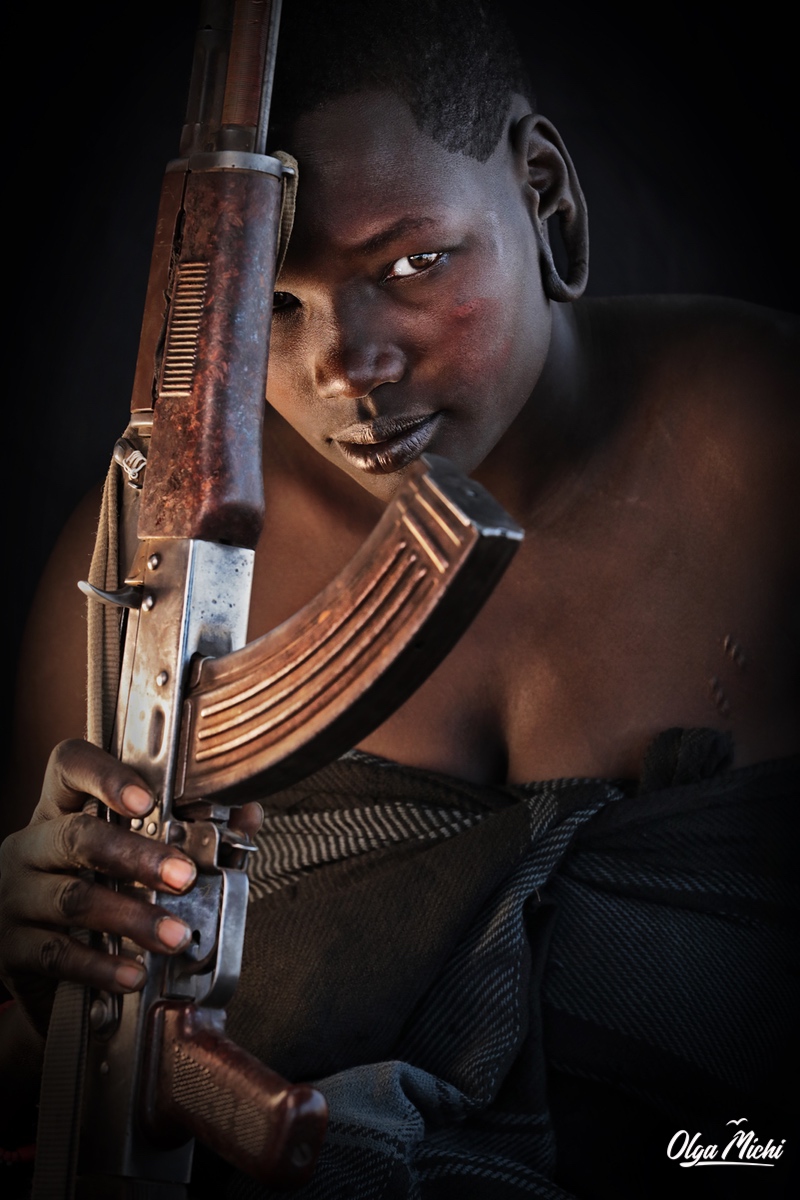 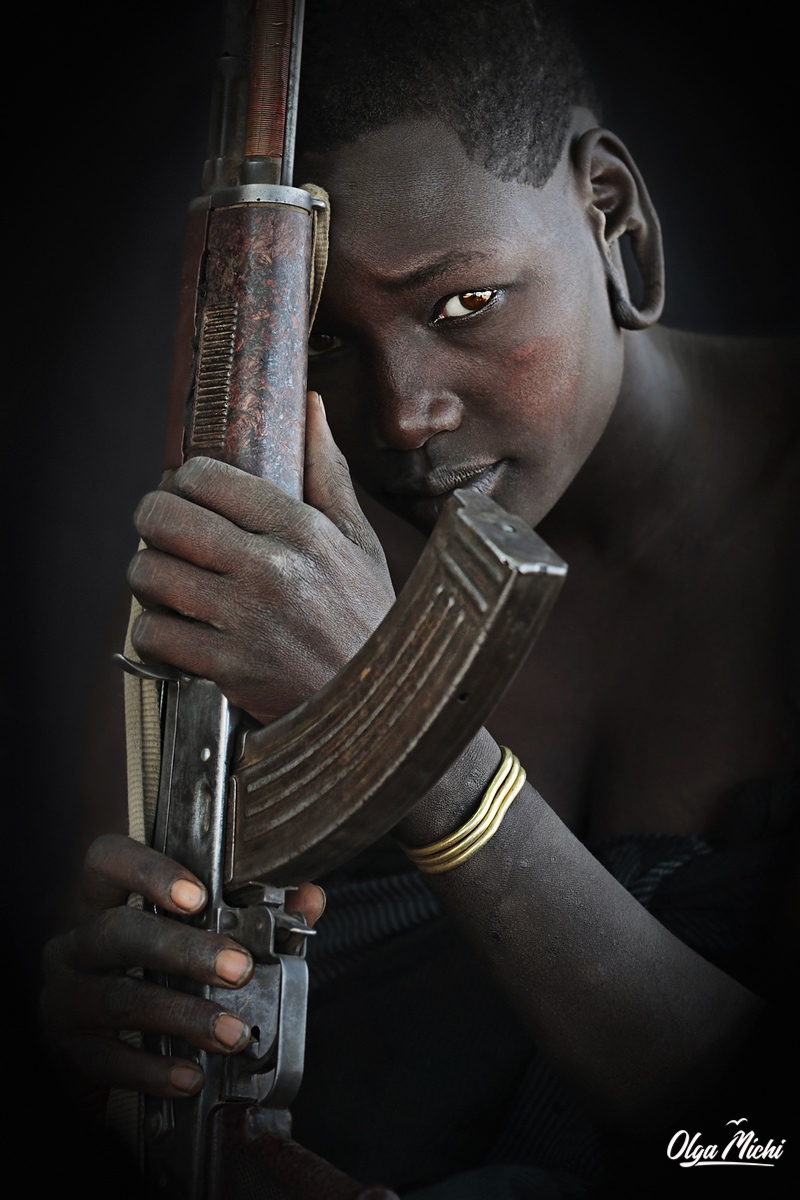 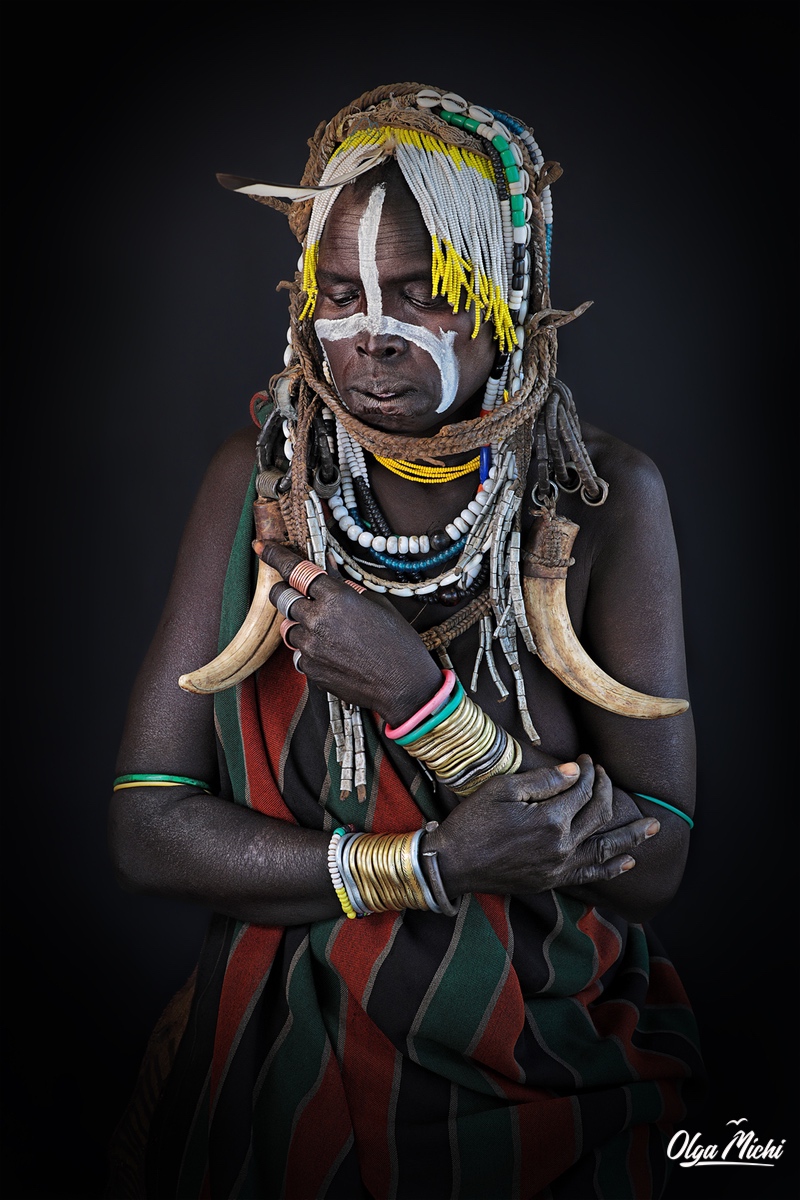 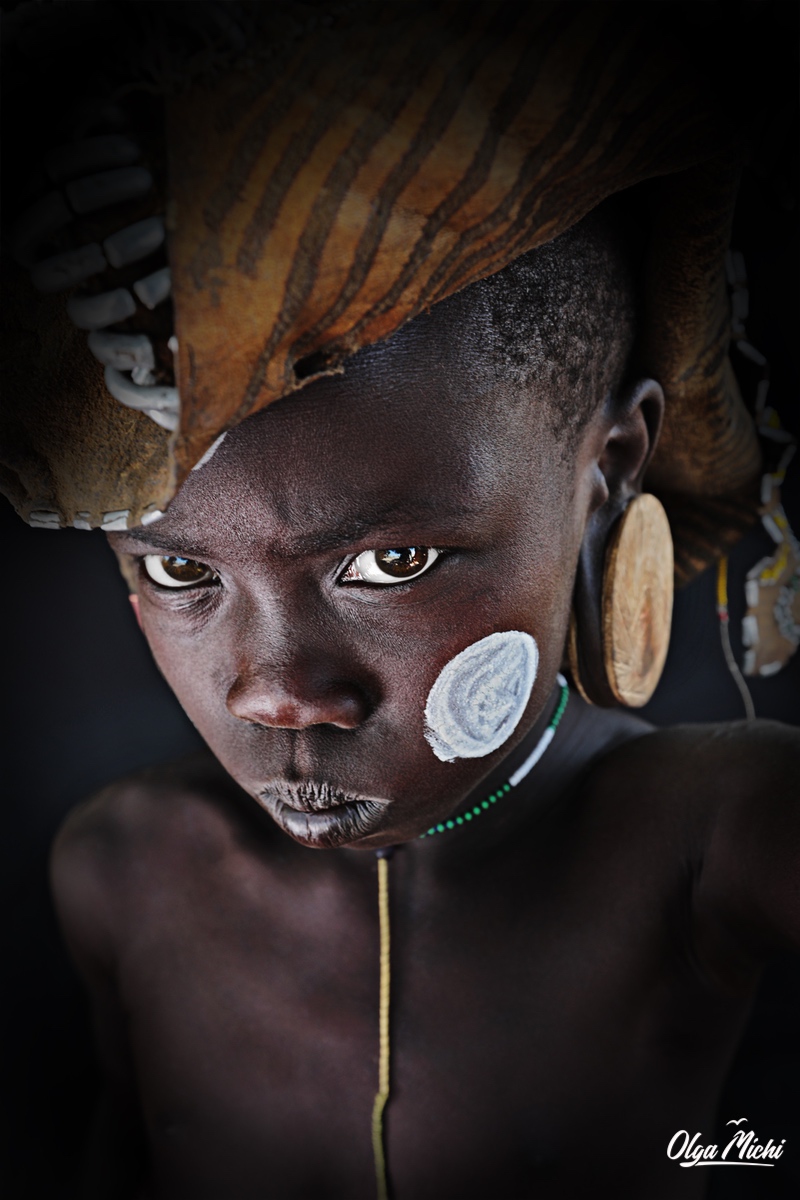 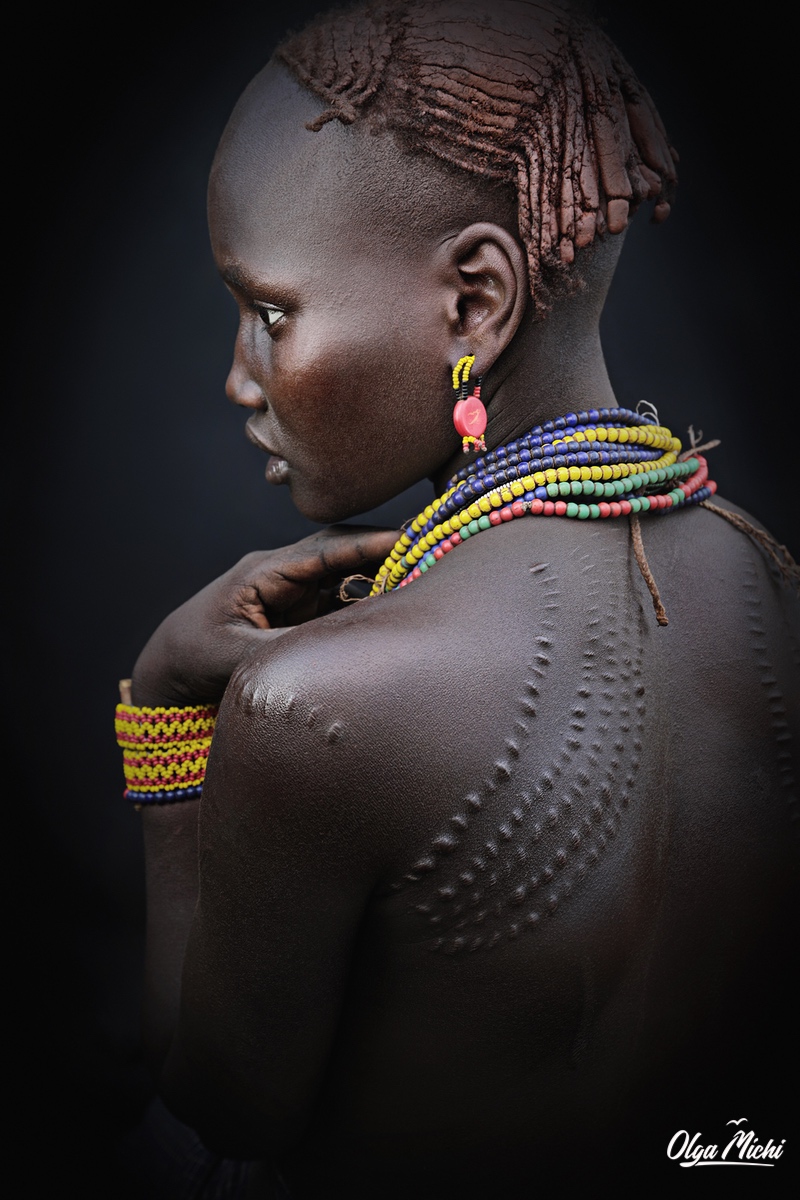 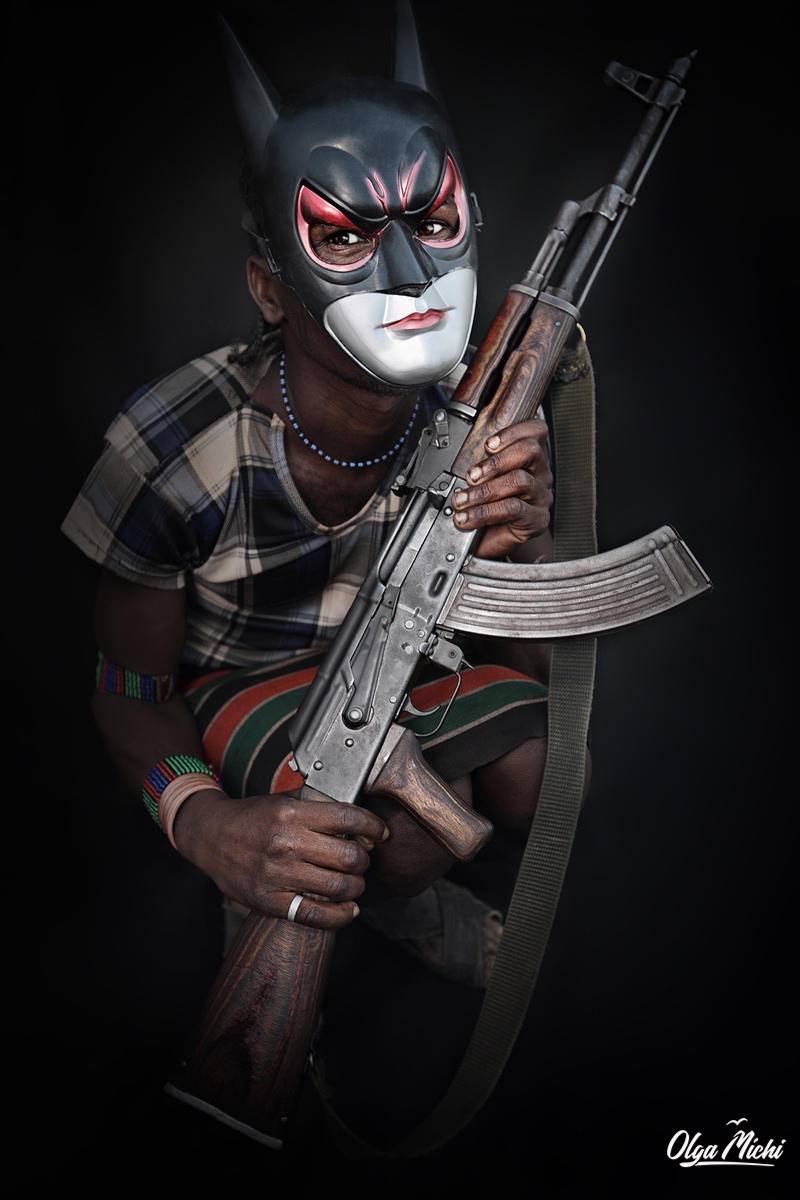 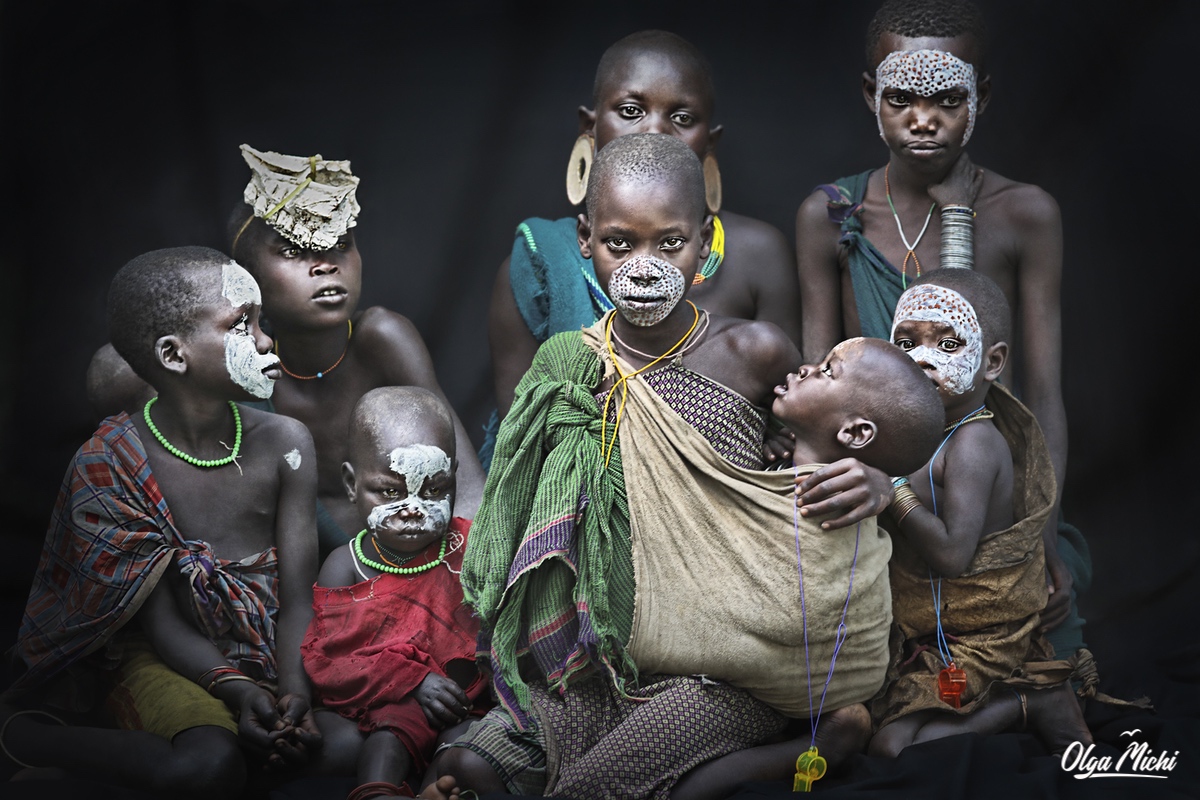 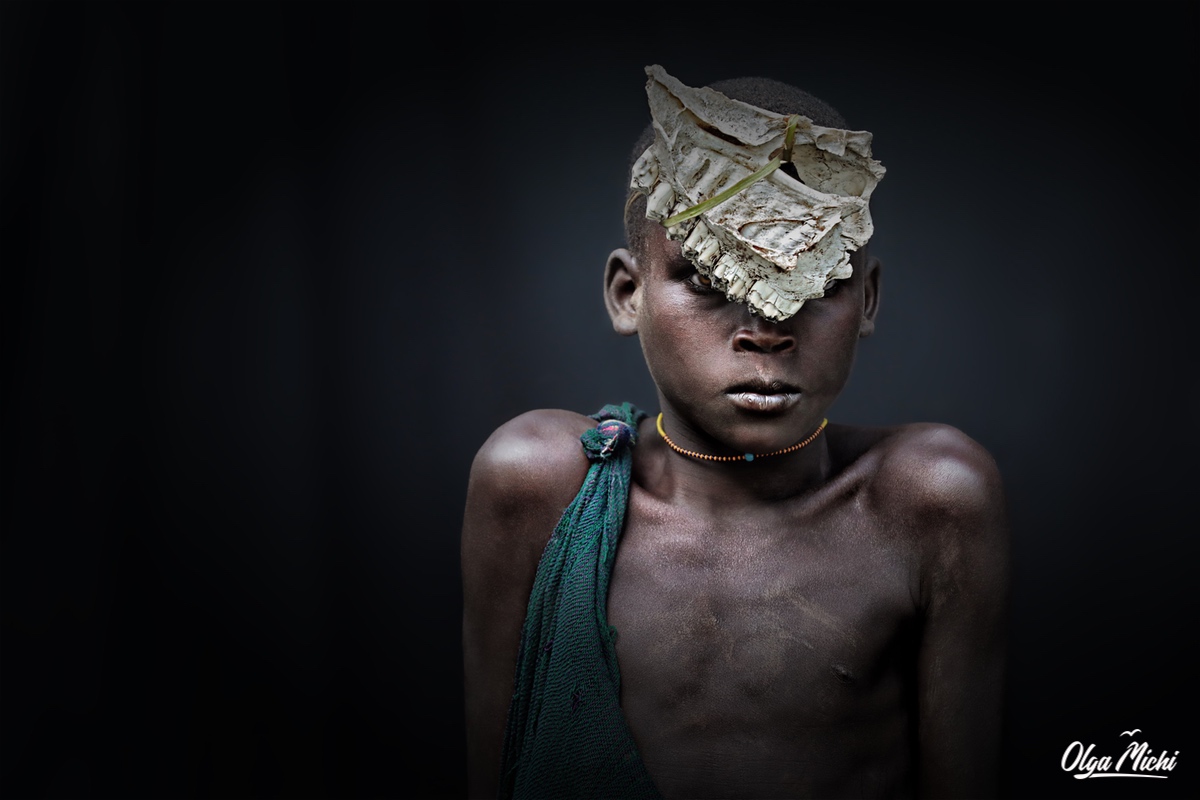 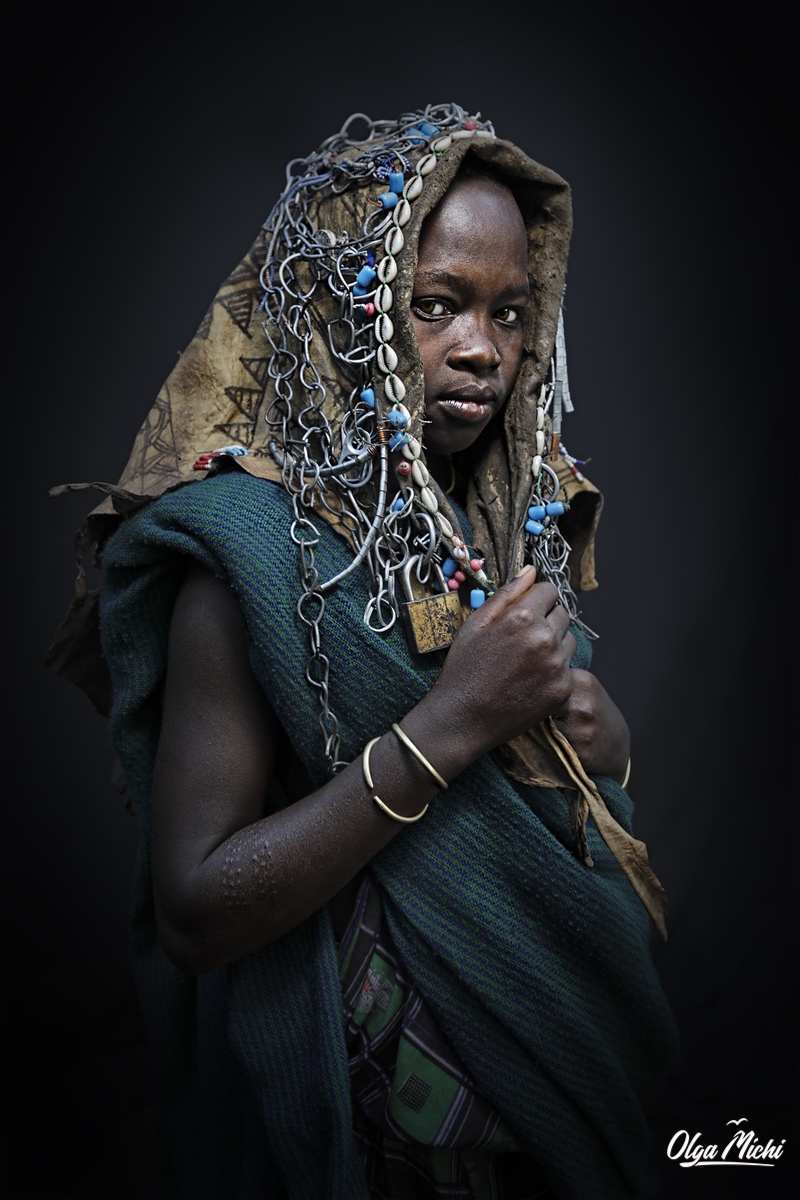 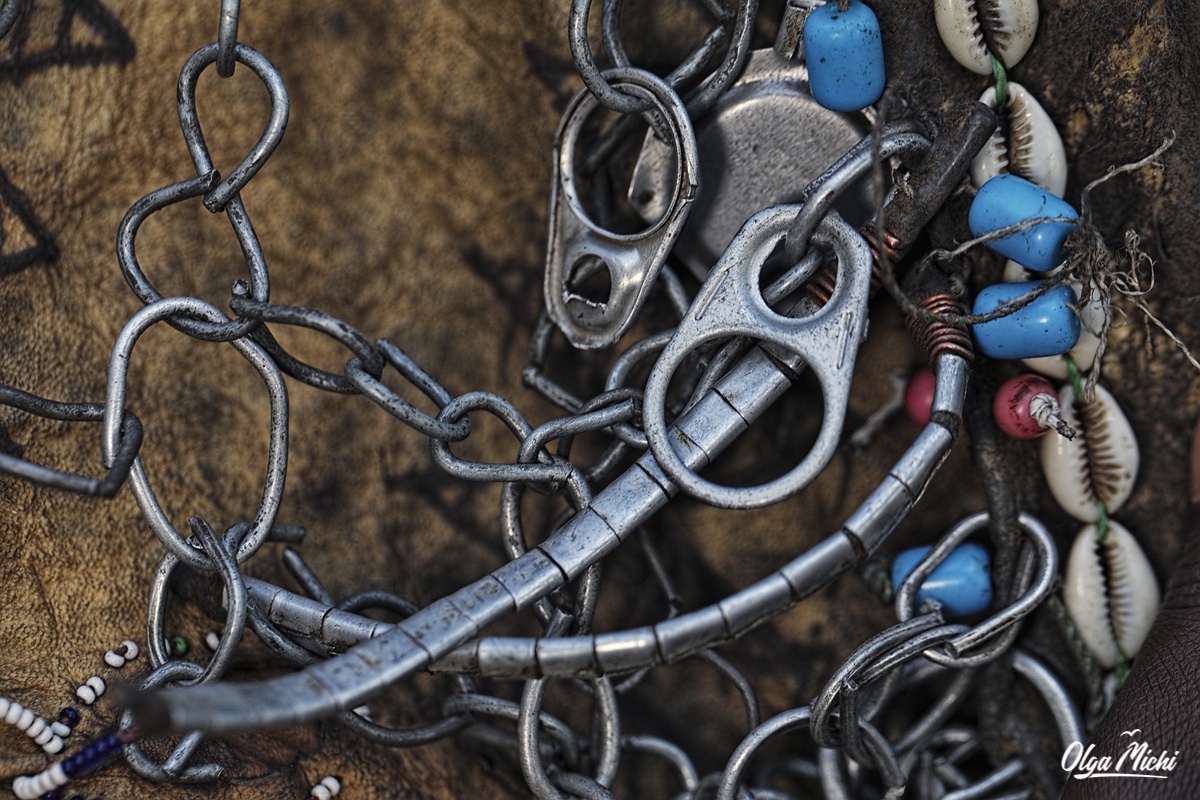 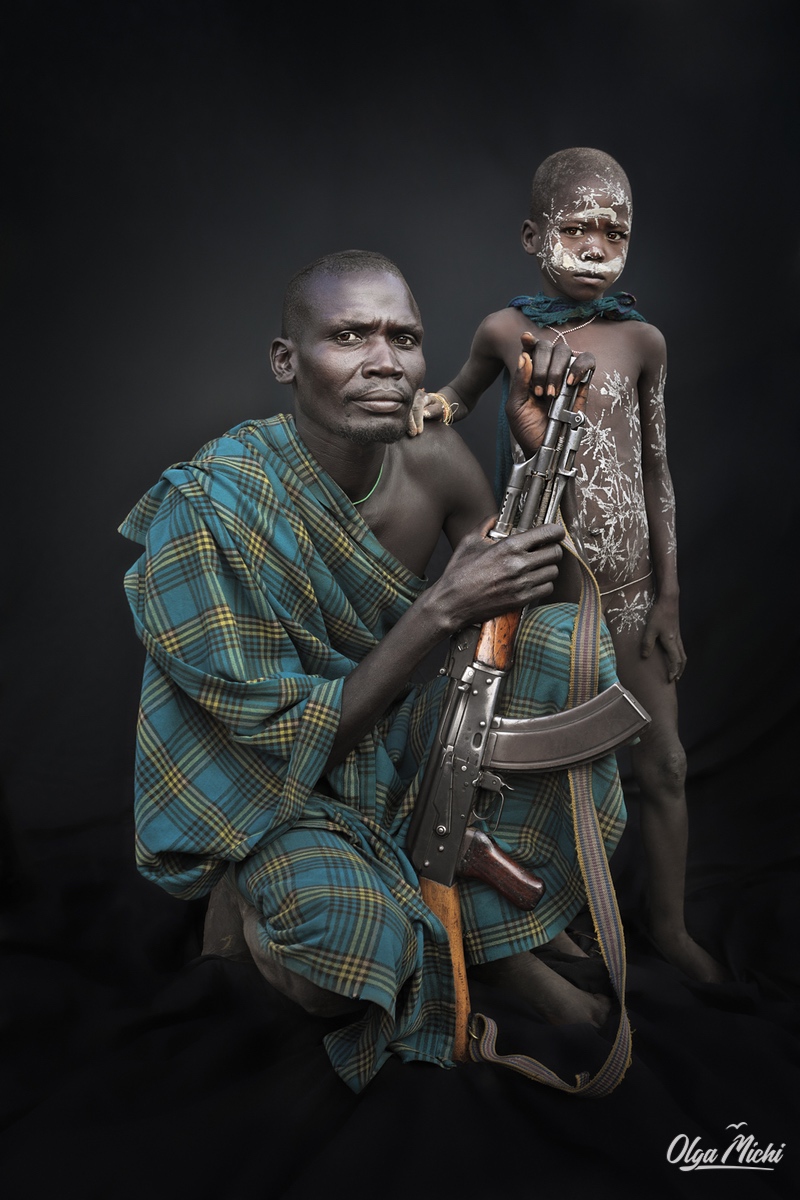 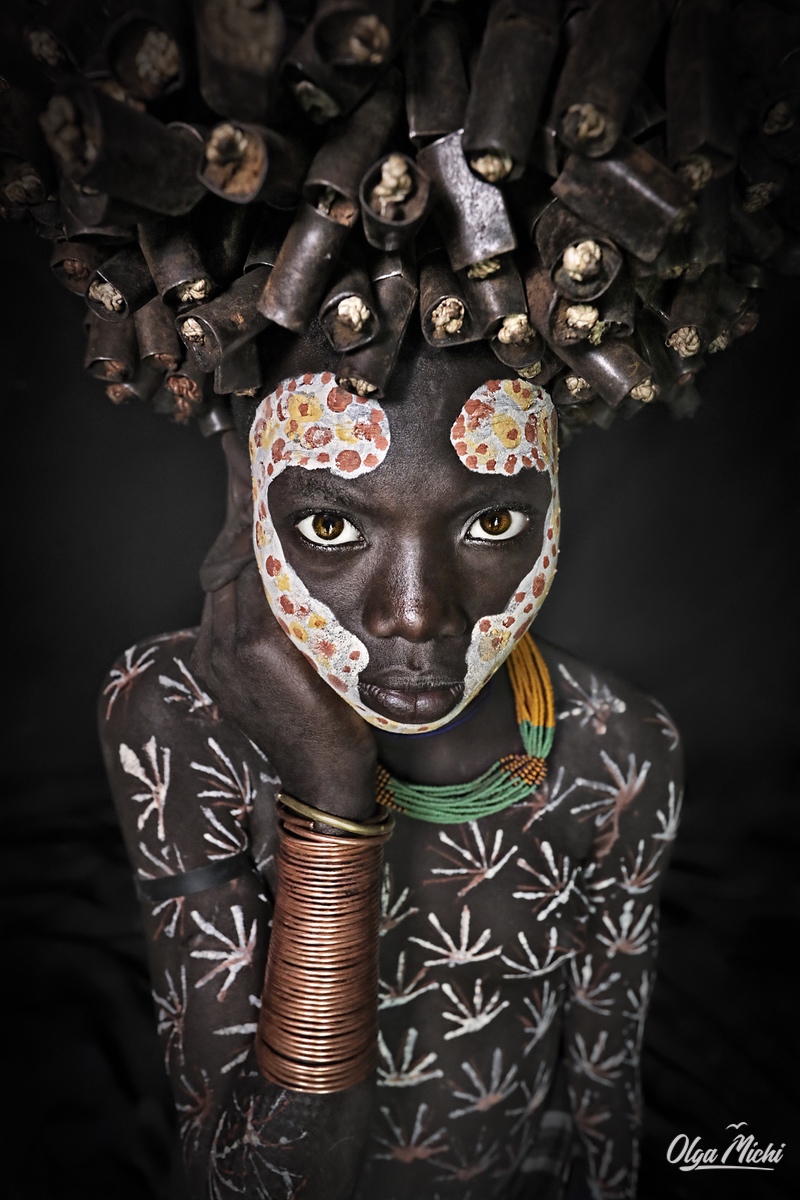 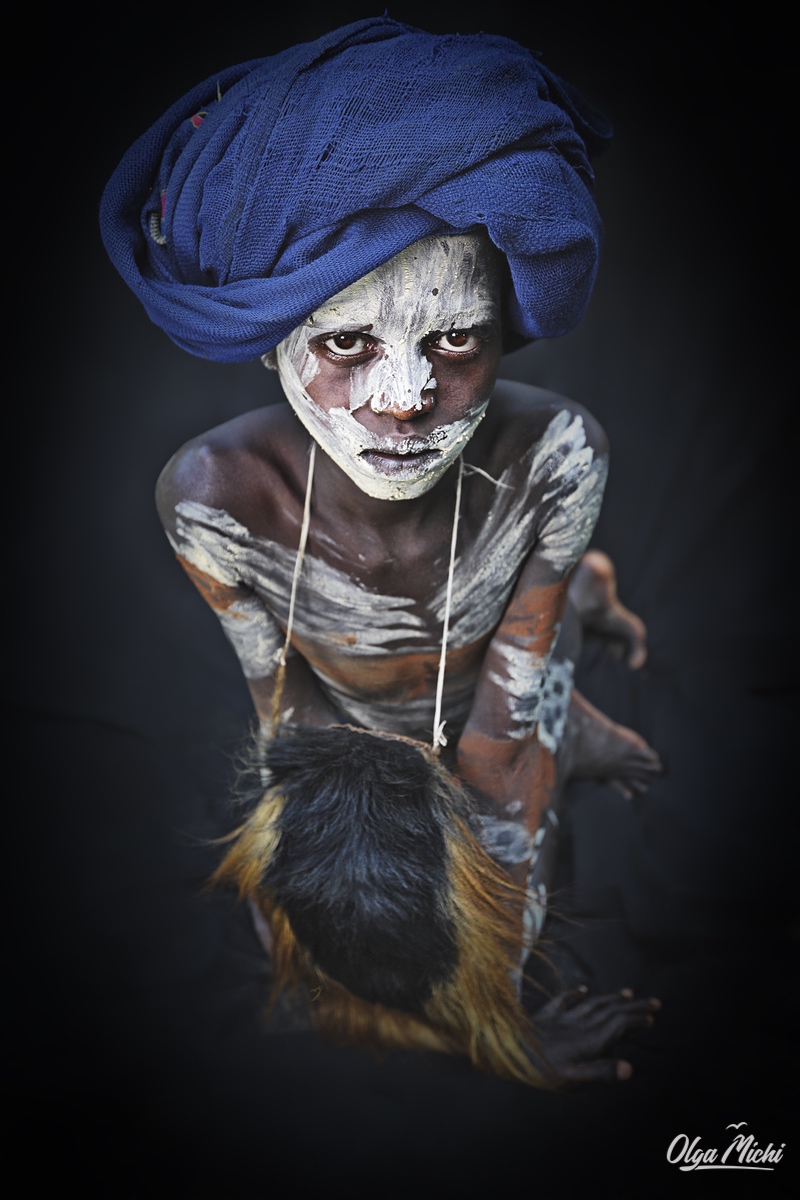 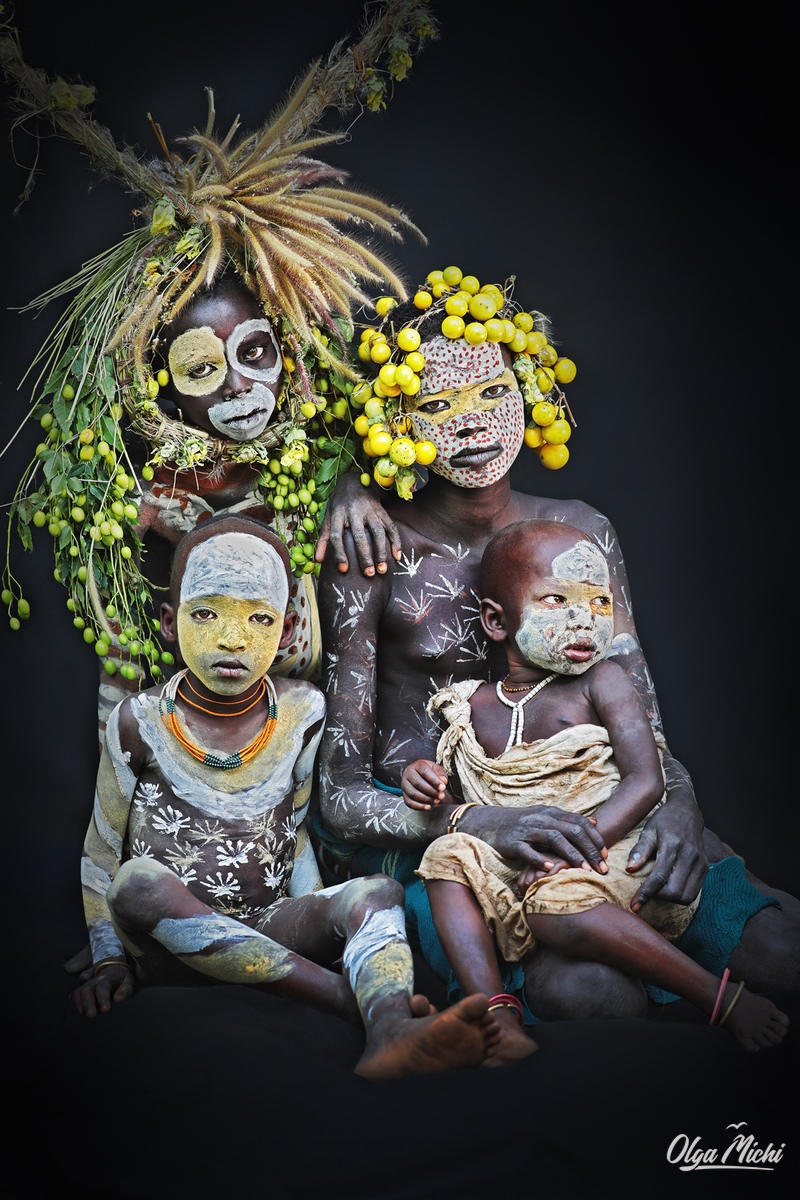 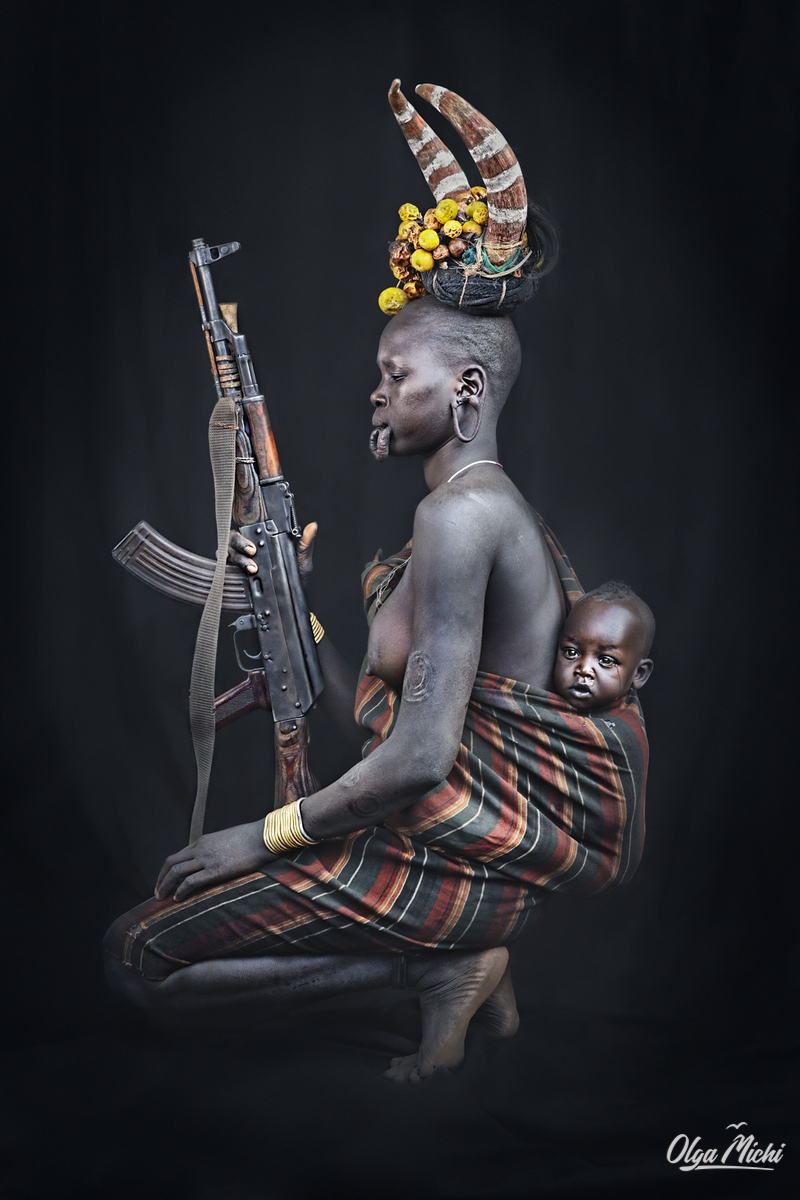 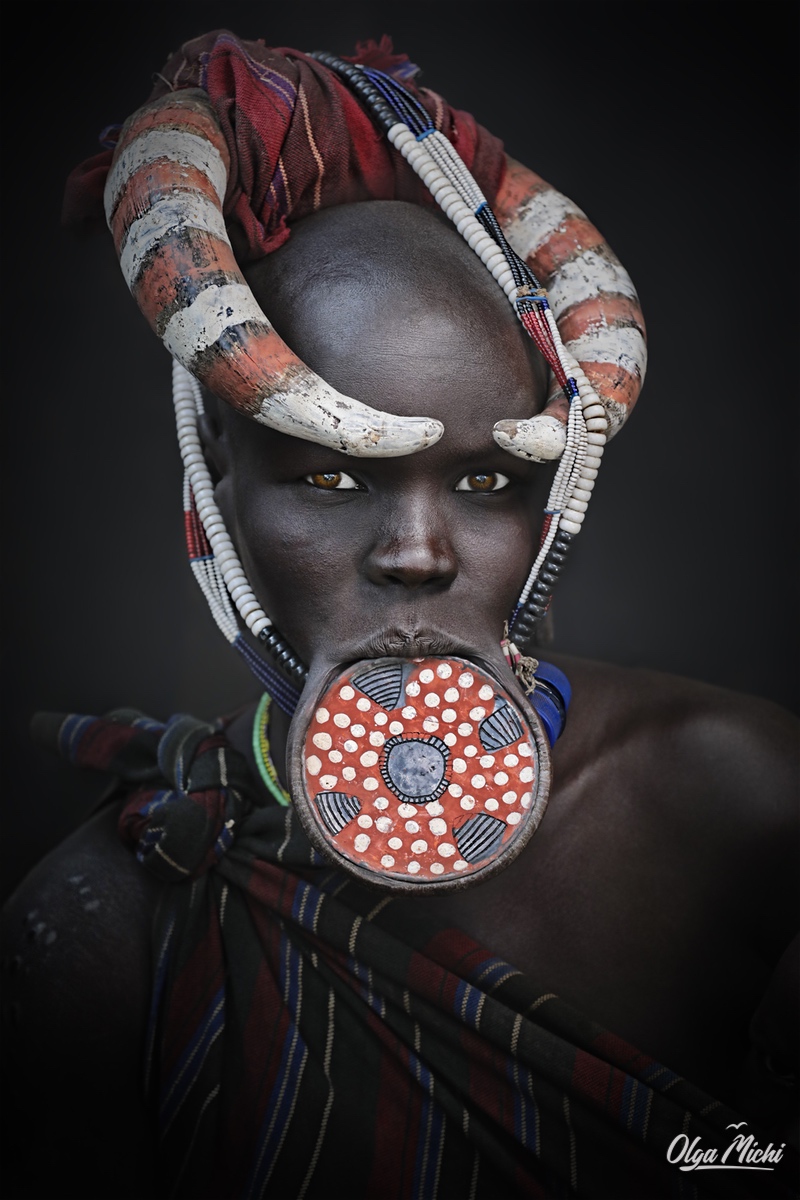