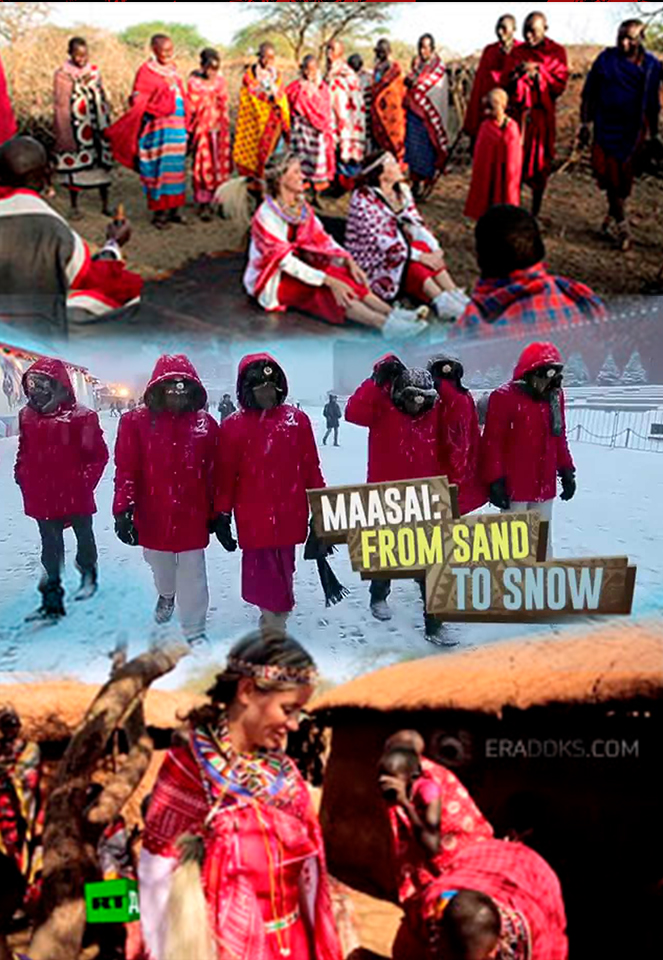 Maasai are one of the most famous tribes of Africa. They have learned to fit into the framework of modern civilization but at the same time they have preserved their traditional way of life. These authentic people do not seek to isolate themselves from the world; they do not lose their dignity while using the growing interest in the unique Maasai culture and making use of the associated tourist boom. The documentary portrays how Maasai - inhabitants of one of the villages located in the Kenya National Park – played host to their Russian guests, and how afterwards the Maasai tribe members paid a return visit to Russia. - in the film "Maasai: from the heat and into the cold." 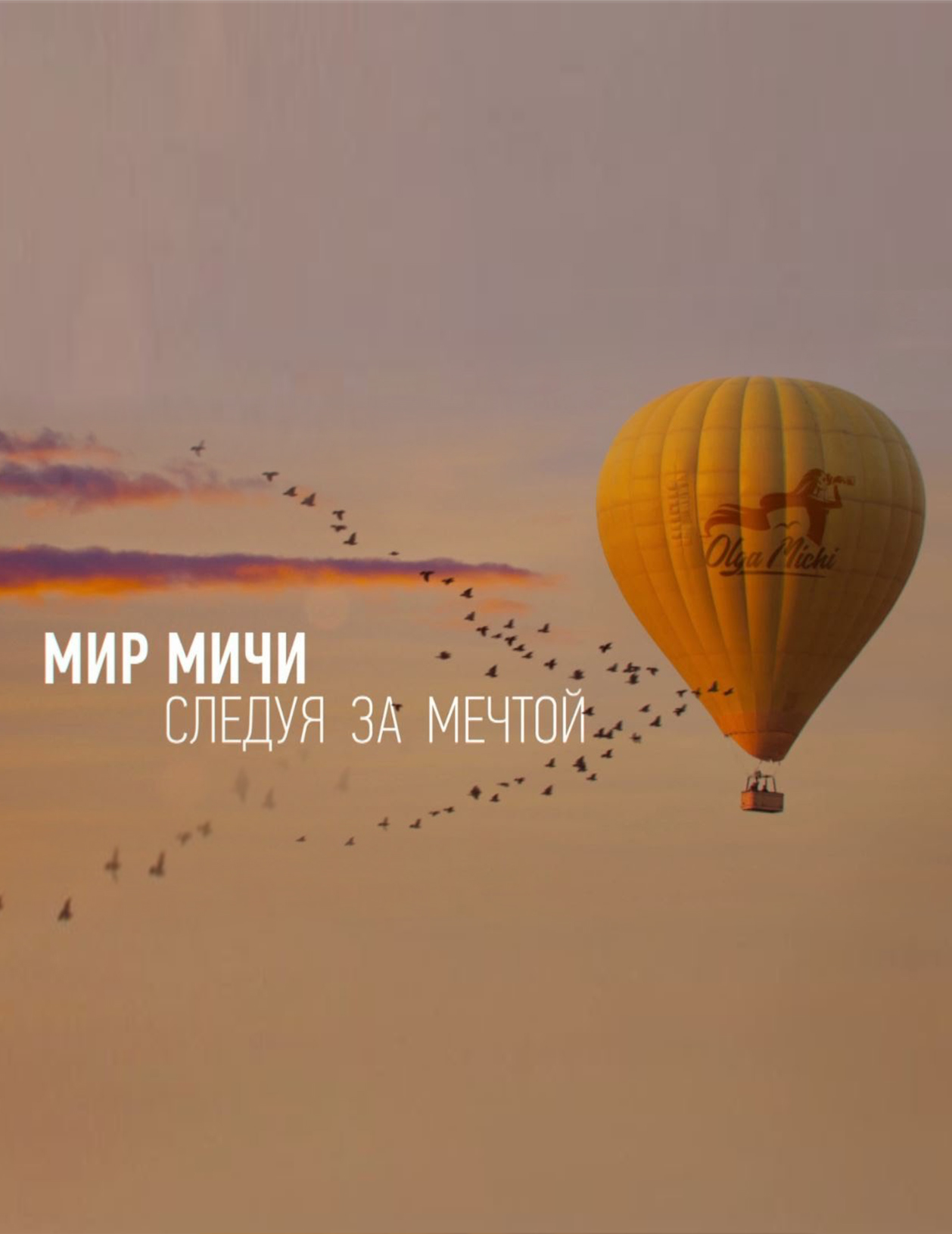 A film interview with travel blogger Olga Michi who visited over 60 countries so far. She lived with various tribes in Africa, Asia, Central and Latin America. Traveled across the ice fields of the Antarctic and the Arctic where she reached the geographical North Pole. She filmed reports on religious rites of West African tribes. She was the first female traveler to dive in the waters of the Okavango River, in order to observe and study the habits of the Nile crocodile. She made a number of dives to observe the Great White Shark, including dives without safety cages in the natural habitat of predators on three continents: in Mexico, South Africa and Australia. 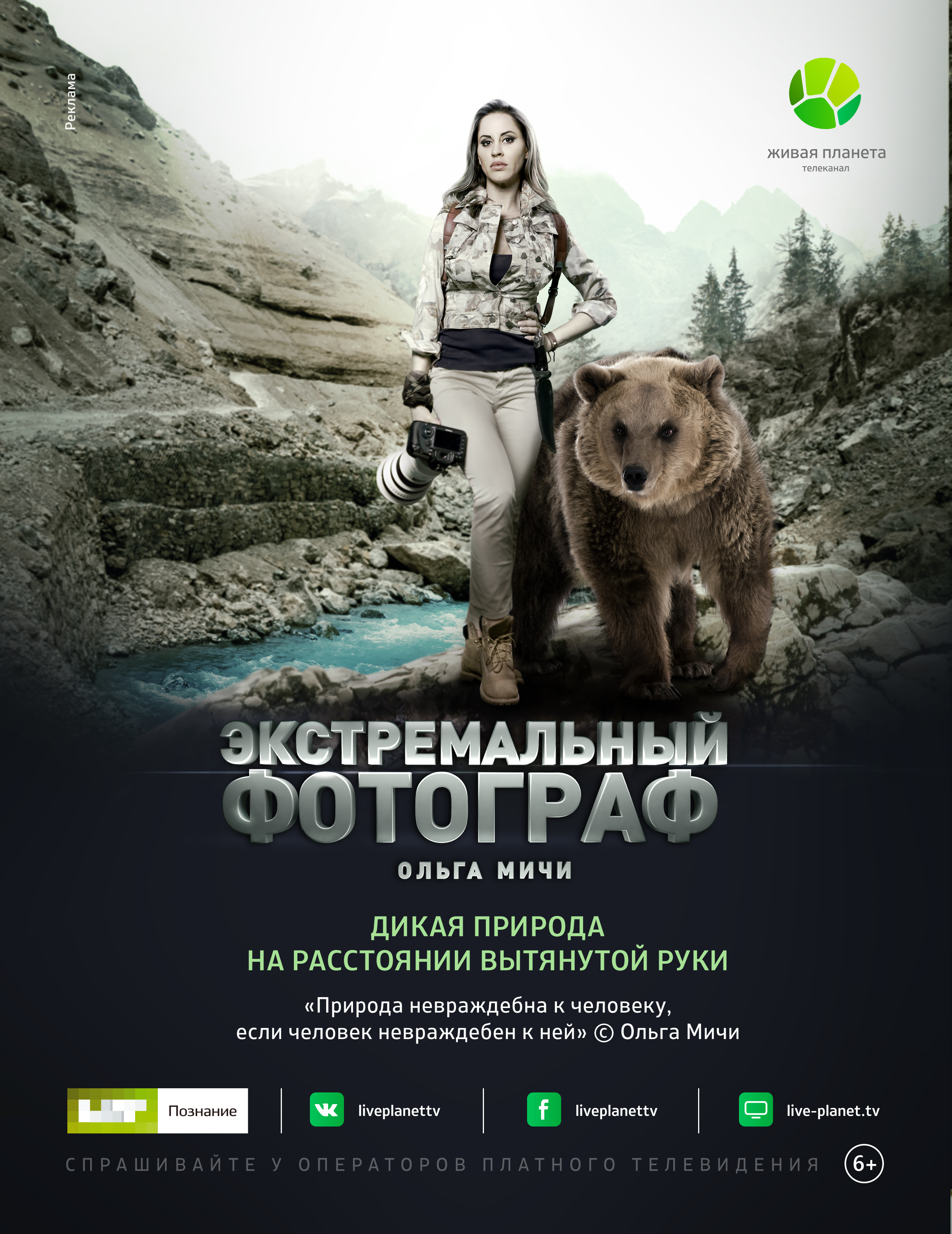 "Extreme photographer" is a documentary series covering the travels of extreme photographer Olga Michi to the most hard-to-reach corners of our planet. Each series tells the story of one or several unique photo shots. To take these photos Olga had to approach the wild animals and at times stayed an arm's length away from them. She swam with the crocodiles in the turbid waters of the Okavango river, stayed with mountain gorillas in the rain forests of Central Africa and dived with white whales under the ice of the polar White Sea.

Central African Republic. Here under the canopy of multi-tiered rain forests, a tribe of the world’s smallest people - the Baka pygmies – lives like their ancestors did hundreds of years ago. They hunt and collect the fruit of large trees. They pray to the forest spirits and teach their children to respect nature, taking from it only what is necessary for life. But gradually their traditional way of life is changing under the onslaught of the "Greater World" culture.

The Vulnerable of Myanmar. The Disappearing Cultures. 2018 | Documentary | 14 min | Myanmar
Producers:Olga Michi
The documentary "The Vulnerable of Myanmar. The Disappearing Cultures" is dedicated to the story of the cultural identity of the world's endangered peoples. Today, tribes and peoples are inexorably eating away at the material and cultural values of modern society. The characters do not use or openly display high-tech accessories that have become integral attributes of modern everyday life and seemed to form our idea of the present. Here we will not see the coveted gadgets, fashionable styles or fabulously expensive jewelry. All this seemed to have no value to them. For heroes, on the contrary, it is more important not to demonstrate their personal uniqueness, but rather their connection with relatives and ancestors…
View more 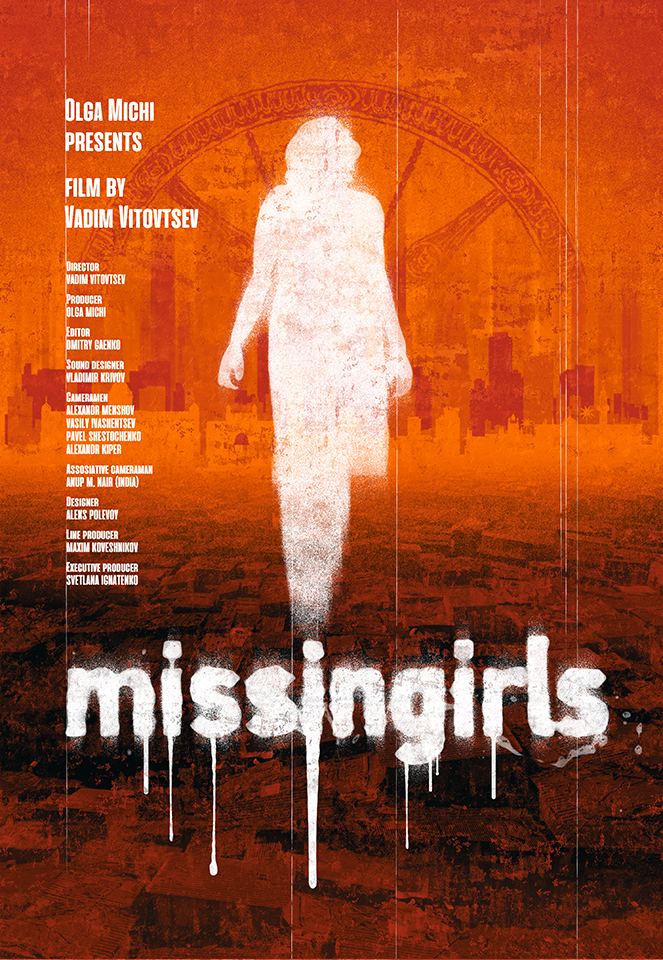 Missing Girls 2018 | Documentary | 66 min | Russia, India
Director:Vadim Vitovtsev
Producers:Olga Michi, Maxim Koveshnikov, Svetlana Ignatenko
The documentary unfolds in India, the country that tops the list of countries with the heaviest volume of human trafficking in the world. The film tells us about the fate of young ladies trapped in sexual slavery. Presently they live in the “red lights” area of Mumbai – and they were sold into these establishments by their own parents.

In parallel, the film's authors uncover the story of Kushi, a little girl from one of the poorest villages in northern India. Kushi's father is seriously considering selling his daughter to save her family from poverty.
View more